ホームページ | JP
Accept & Confirm
In order to deliver a personalized, responsive site, OpenX uses cookies to perform analytics and provide content and ads tailored to your interests. By clicking confirm, you are agreeing to the use of these cookies. For more information, please visit our privacy policy.
You must accept to proceed
HomeResourcesBlogA Publisher, a Brand and an Agency walk into AdMonsters Ops

A Publisher, a Brand and an Agency walk into AdMonsters Ops

That was the sentiment shared by leaders from the agency, publisher and brand sides during our AdMonsters Ops panel where we discussed the digital ad supply chain.

The cluttered and clogged digital ad pipeline is causing misalignment between key stakeholders, producing poor ads experiences and causing more problems for everyone. Consumers are served disruptive, irrelevant ads. Advertisers waste ad dollars on ineffective buys. Publishers don’t have the resources to keep up with the latest ad tech and bloated ads weigh down their pages.

To kick off the session, the moderator and OpenX VP of Product Joseph Galarneau took an informal mobile poll of the audience on who they think is most responsible for the current supply chain dysfunction. The results: 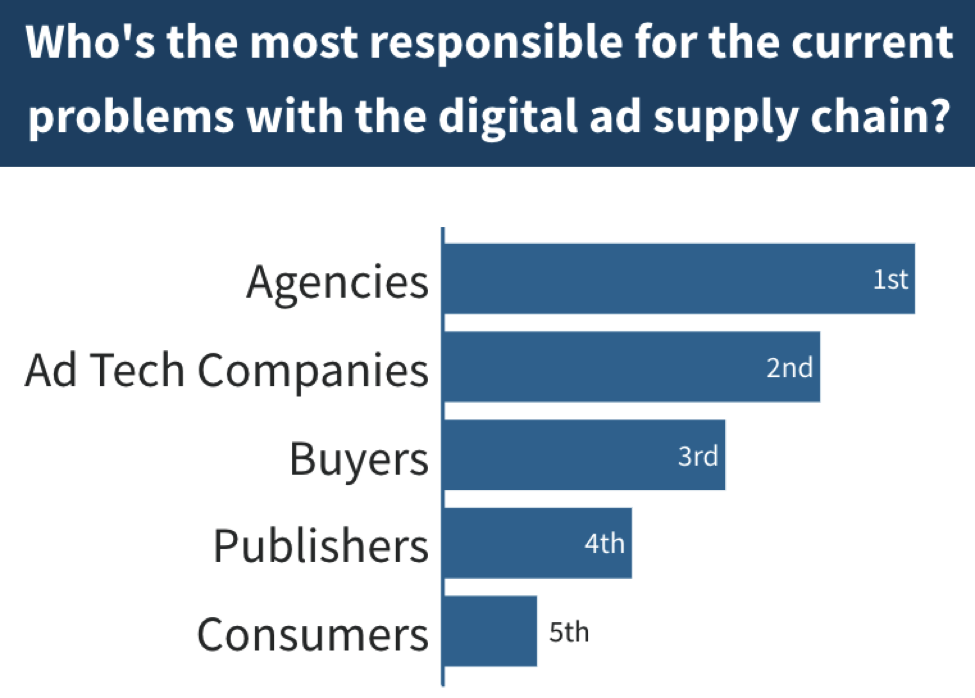 Our agency panelist, Jon Mansell, VP of marketplace innovations at Magna Global, pointed out that agencies need to look beyond cost and reach and instead focus more on business outcomes. Agencies are generally encouraged to get the most impressions out of the least amount of spend for their clients but that’s not necessarily the smartest thing to do. Jon stressed the importance of an addressable digital signal that can be traced back to outcomes, suggesting that fewer private exchanges might be a way forward.

On the publisher end, Sean Beckett, director of client services at New York Magazine, pointed to ad tech companies for complicating the supply chain. Sean describes the common struggle amongst publishers that are strained for resources. Publishers often don’t have a large team to check hundreds of line items and all of the creative that gets loaded to their pages. While preferred deals and private marketplaces are promising in theory, the volume of transactions falls short of expectation. 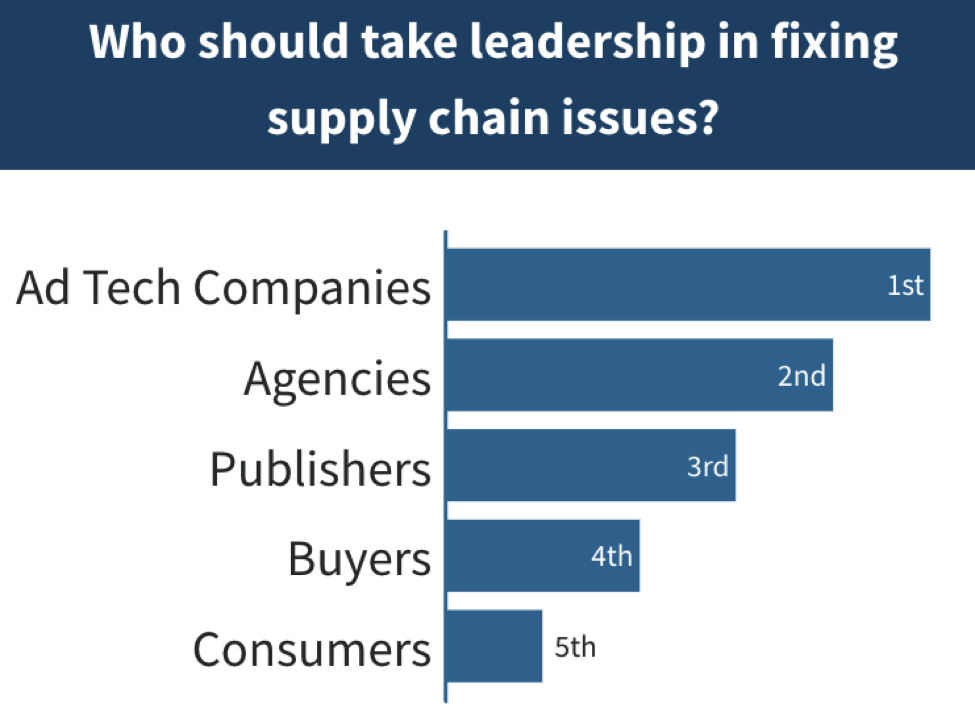 Naturally the question turned to who should take the lead in cleaning up the mess that is the current digital ad supply chain. A large portion of the audience members placed the responsibility squarely on the shoulders of ad tech companies.

Tony Pace, principal at Cerebral Graffiti and former CMO of Subway, was not surprised by the audience’s sentiments, saying that 80 percent of the ad stacks that are built onto large marketing buys are not necessary. He believes that “digital darwinism” will eventually sort out the industry, and eventually only the companies that are quickest to adapt will survive. That being said, he emphasised the threat of ad fraud and that more needs to be done by every party to earn or regain their credibility.

Jon agreed on the consolidation point and likened the adtech industry to the financial trading model where the amount of time it takes for you to respond to a bid request is a lot like the amount of time it takes to respond to a trade. Only the big players can survive in the long run but Jon isn’t necessarily worried about a duopoly. “There are still going to be plenty of players, just not 90 of them” he predicted.

Wrapping up the discussion, Sean boiled down the success of the each of their parties to consumer satisfaction. If digital advertising is going to be a sustainable business, there needs to be an engaged, loyal audience. Recent efforts to weed out disruptive ads is validating for premium publishers like New York Magazine who already have ads that line up to the best industry standards.

There’s a strong consensus among industry participants that the digital ad ecosystem as it stands now needs some work. Open and honest conversations like these between buyers, publishers and technology providers are much needed to not only begin but follow through on the goal of cleaning up the digital ad supply chain.

How to Leverage Data for Programmatic Direct: Types of Targeting Data