ホームページ | JP
Accept & Confirm
In order to deliver a personalized, responsive site, OpenX uses cookies to perform analytics and provide content and ads tailored to your interests. By clicking confirm, you are agreeing to the use of these cookies. For more information, please visit our privacy policy.
You must accept to proceed
HomeResourcesBlogOpenX at Cannes: “Programmatic Direct & Scaling PMP in a Guaranteed Environment” 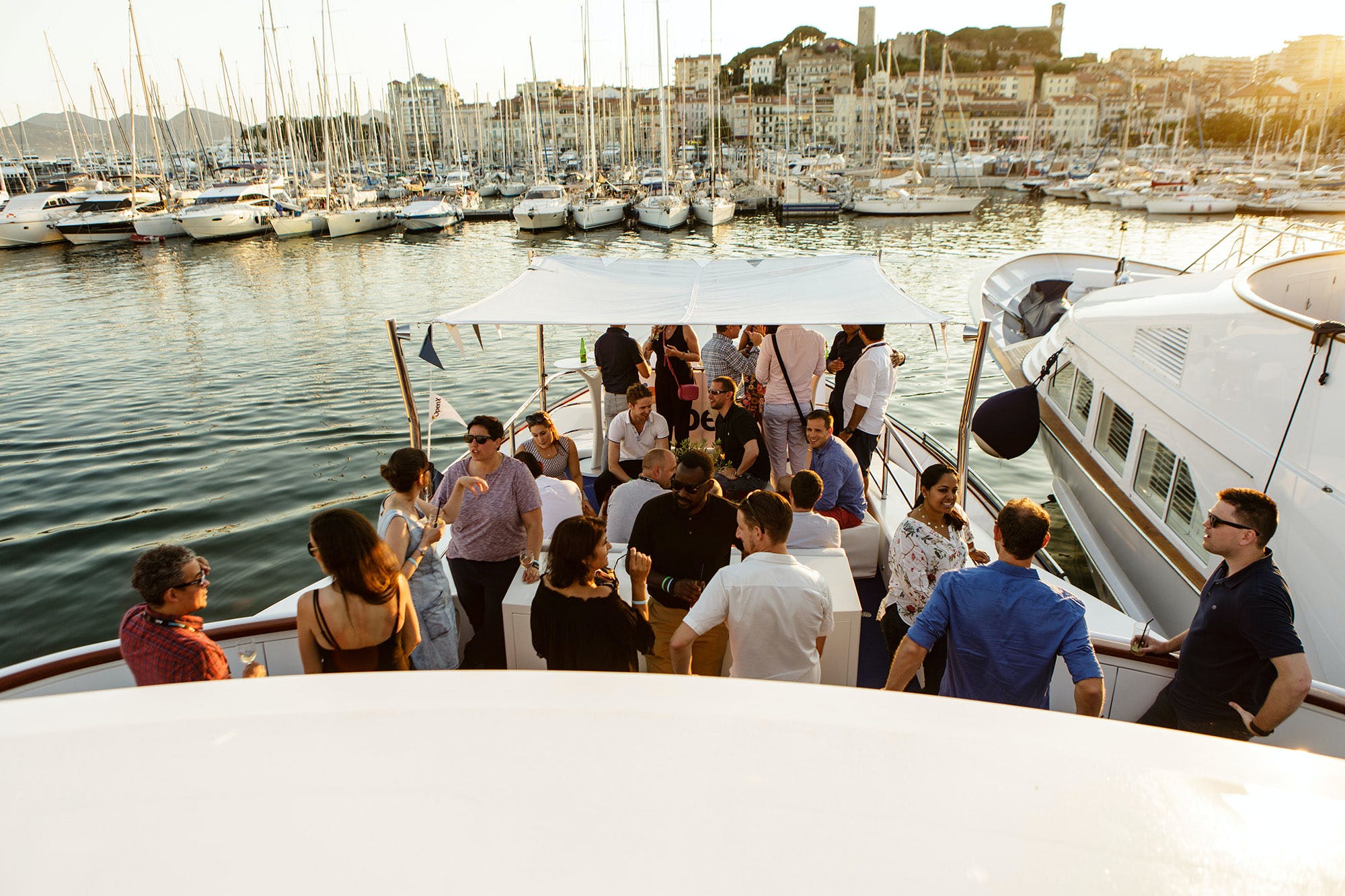 Day 2 at Cannes Lions saw delegates settling into the routine of the Festival with attendance at panels, talks and meetings. The Lady in Blue, the OpenX yacht is becoming a recognised hub for networking, taking a break from the heat and perhaps having an occasional glass of rosé… aka Cannes water!

For the morning session, OpenX and 40 attendees convened for the first discussion of the day on “Programmatic Direct & Scaling PMP in a Guaranteed Environment.” OpenX’s Ian Davidson was joined by The Trade Desk’s Tim Sims to review the evolution of PMPs and predict what’s next. Leading off with the question about how do we bring assurances to a world of programmatic and create situations where publishers are willing to bring more premium inventory into programmatic, the discussion also addressed the benefits of traditional PMPs including control and premium access as well as their inability to scale for buyers and sellers. This led to speaking about the unique advantages of OpenX’s real time guaranteed (RTG) product which The Trade Desk is in the midst of integrating. Addressing audience syncing, forecasting and guaranteed volume commitments, it’s clear that RTG is the next evolution to deliver control, transparency and results for buyers and sellers alike.

In the evening during a VIP dinner on board the OpenX yacht attended by Rocket Fuel, ESI, BrainFall, Adroll, A9, Simpli.fy and Forensic, Caleb Sotelo introduced a discussion on “Speed and the New Internet Economy.” Caleb centered his remarks around the rise of speed as a top concern in ad technology and compared it to the evolution of fuel efficiency in cars – it wasn’t important until factors like fuel prices and government restrictions put pressure on automakers. In the same way, the limited resources of mobile devices, technically complex solutions like header bidding and an overwhelming number of technology options are forcing us to think about speed. He closed with the statement that the industry can solve latency if we come to appreciate the technical nature of the problem, and begin to optimise and consolidate our platforms.